The Market Street Prototyping Festival challenged teams to design urban interventions which bring out the diversity of Market Street’s neighborhoods and encourage new forms of social engagement. Often the latter is a problem by design, since ideas that box themselves into specific categories of political or socioeconomic interaction by definition leave other populations underrepresented.

As a group of UX designers and architects based all around the world, our team at Cloud Arch Studio sought to define a more universal way to understand the gap in pedestrian interaction and came up with a simple binary condition: people who are moving, and people who are still. We devised a game that requires interaction between people moving by and people staying put and rewards greater participation and coordination between all types of people. Through three simple networked surfaces – seating, landscape, and pavement built on identical grids – we can map user inputs from corresponding cells of seating and pavement to an unexpected water feature within the landscape, and program the reactions to occur sequentially as more cells are activated in sync along the path. No water feature is activated unless both the seat and the pavement are activated, and if the whole path is activated then the installation will offer a grand finale feature. The overall result is a sometimes surprising, sometimes contagious, but always magical experience powered by connections between strangers and the common ground beneath our feet. 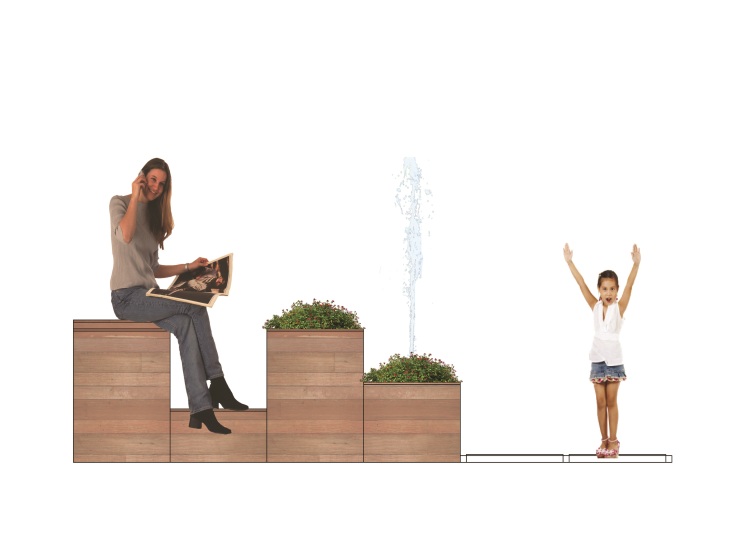 We were especially interested in working in the Embarcadero district because we wanted to highlight its distinct character as Market Street’s gateway to the water and address the current gaps of engagement between visitors (from the Hyatt and waterfront) and locals commuting to and from the Ferry Building.

The pavilion was programmed and constructed by local team members at Stanford in early 2015. The project was installed on Market Street outside the Hyatt Regency Hotel in April, 2015 and was a huge success. 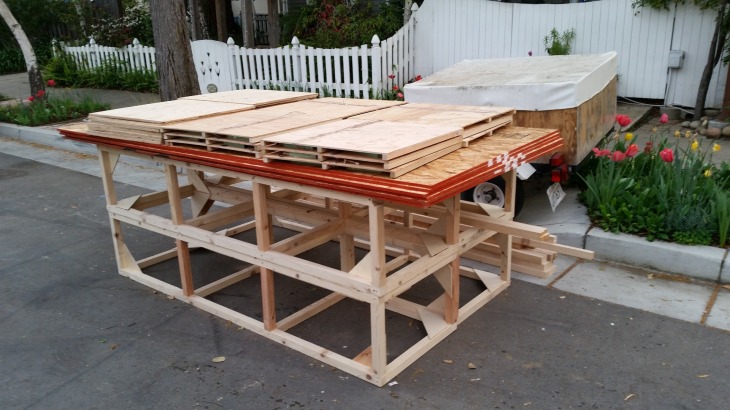 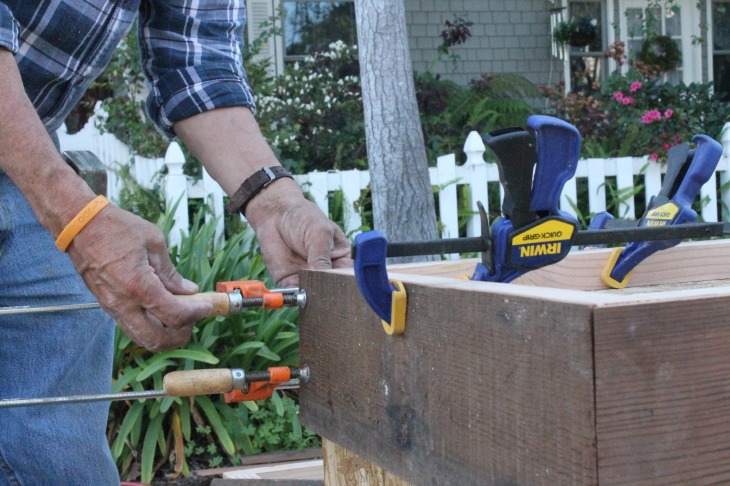 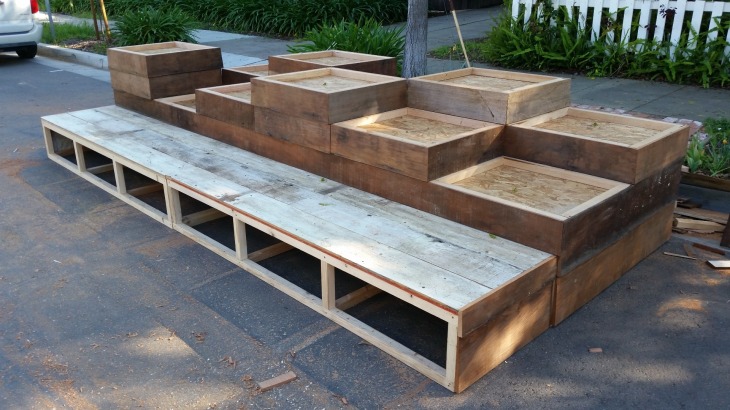 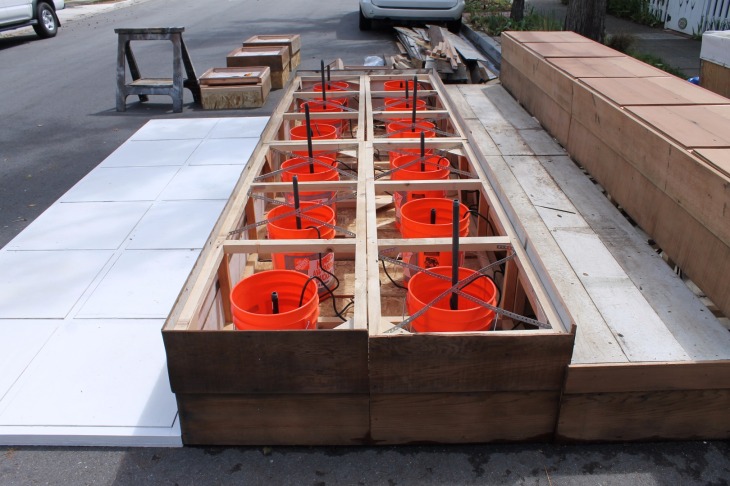 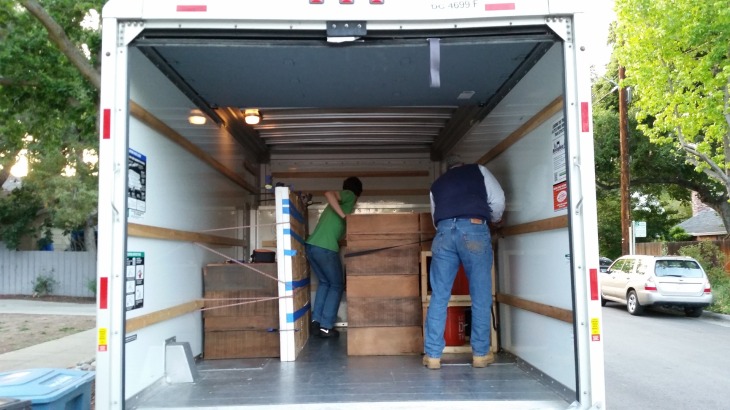 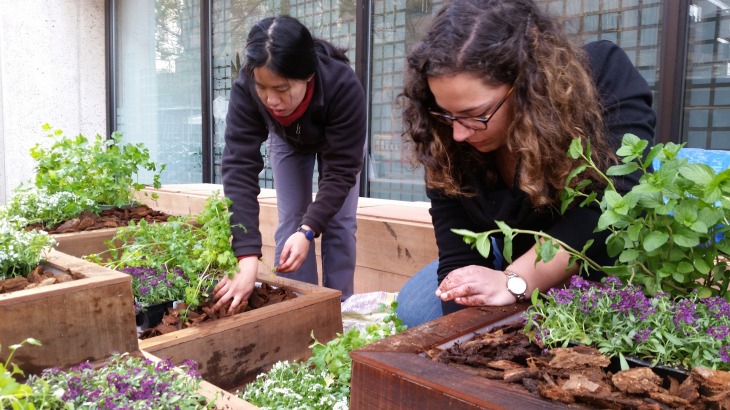 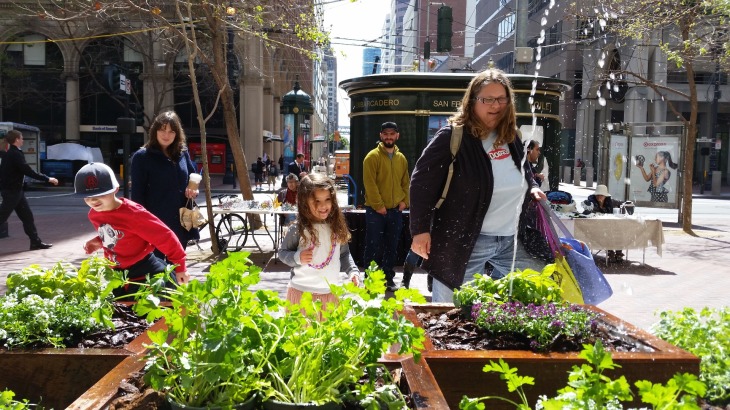 It doesn’t get much more fun than this! #MSPFCOMMONGROUND #sf pic.twitter.com/1OJF3GuUyD

My favorites at #MSPF. For cool street seating and making serendipitous connections between people. #MSPFCommonGround pic.twitter.com/GOfQT3ClmR

#MSPFCommonGround at night, dancing with lights

#MSPFCommonGround at night, cartwheel and lights